AI beating world champions in complex strategy games such as chess or Go? Have you ever wondered how this is possible?

The next few paragraphs will tackle the underlying training technology, namely Reinforcement Learning, why it can be interesting in various business domains and how to get started with training your own smart “agents”.

What is reinforcement learning?

Artificial intelligence, machine learning, deep learning… Odds are high that most of these terms ring a bell. But, what exactly is the relationship or difference between them? And where does Reinforcement Learning come in play? Before elaborating on Reinforcement Learning, some additional context is preferred. 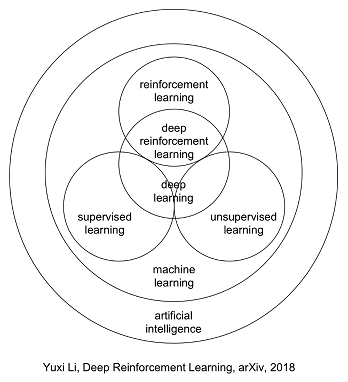 How does reinforcement learning work?

In reinforcement learning, the AI learns from its environment through actions and the feedback it gets. The agent, our algorithm, run tens, thousands or sometimes millions of experiments where every time the agent observes the situation > selects an action > does the action > and observes the feedback (reward/penalty). Learning-by-doing, our agent becomes smarter on which actions to do in order to reach its goal. 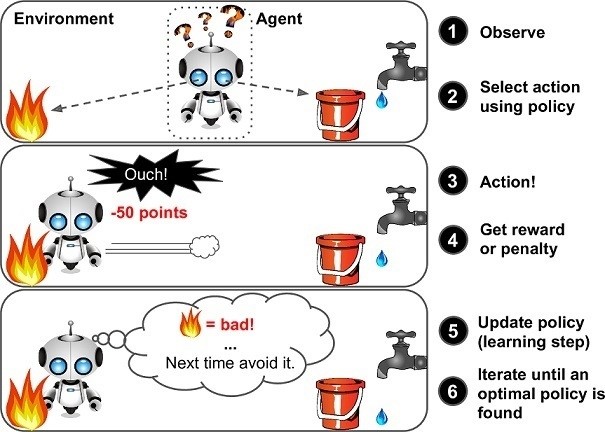 Although the principle is simple, there are important reflections when building a reinforcement agent:

To manage this training process for more complex tasks such as learning chess or Go, Reinforcement Learning empowers its principles by leveraging deep learning principles such as deep neural networks. Those networks mimic the human brain and are therefore really great to use for complex tasks. 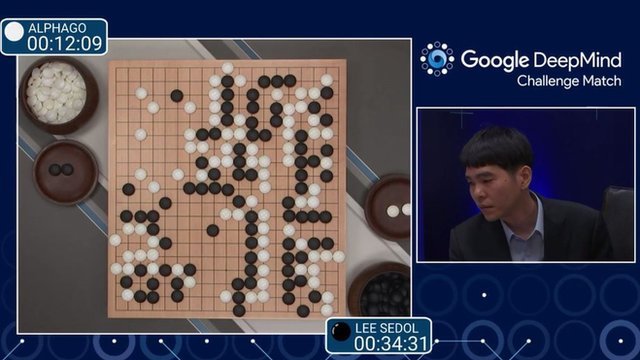 Why should businesspeople care?

Reinforcement Learning is widely and mostly known as the research area that allows machines to beat humans. But, how could this possible be interesting for business practices?

Reinforcement learning can be activated in all domains/processes where it is not possible to write an action-based agent yourself. On the one hand, new business opportunities arise in fields such as robotics, text mining or trading. Elaborated examples could be:

Alternatively, existing business areas could be enhanced or supported, such as logistics, finance or even medicine. Elaborated examples could be:

Next to these specified business use cases, Reinforcement Learning is a great type of Machine Learning when you need to achieve a certain goal, without exactly knowing all of the steps involved to reach that goal. That is why Reinforcement Learning applications can come up with very creative (for humans), new solutions. For example, Google’s agent AlphaGo Zero shocked the Go community by inventing a whole new strategy to ensure winning against the world champion.

Can you think of an application for your business?

How to get started and create your own smart agent?

Before elaborating on how to put the theory to the test, it has to be mentioned that you will need two things to be able to create your own proper smart agent.

In Reinforcement Learning an agent trains itself by receiving continuous feedback on its actions. Therefore, to be able to train an agent, an environment is needed in which your agent can develop itself. Some getting-started environments are provided by an online toolkit called OpenAI Gym in which you can create your own software agent.

OpenAI Gym offers multiple arcade playgrounds of games all packaged in a Python library, to make RL environments available and easy to access from your local computer. Available environments range from easy – balancing a stick on a moving block – to more complex environments – landing a spaceship. The library even includes various games from Atari, so you can try to create an agent that beats your own high score! 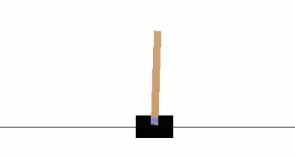 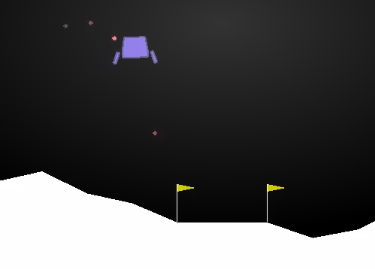 Getting started with OpenAI Gym

First step is to install the Gym Python library

Once successfully installed, you should prepare a virtual python environment in which you will install all necessary packages and dependencies for your chosen environments. For details on what to install for which environment, I recommend you to take a look at the various environments available on Github.

Next, define the different input parameters of the agent.

Create a loop in which the agent can train itself through many iterations.

The previous snippet of code consists of 2 loops. The first loop, the for loop, is used to iterate through multiple episodes, with every episode starting with a resetted environment and a score of 0.

The second loop, the while loop, remains active during the whole duration of one episode. Every fraction of a second the agent needs to react to the changing environment. Therefore, first, the agent chooses to execute an action given the current state of the environment.

Next, the agent's action triggers a change in the environment and will lead to a direct reward or penalty.

Lastly, the reward is added to the total and the new state becomes the current state. Preparing the environment for another iteration in the while loop.

All the functions that the agent leverages in this main script should be defined in another dedicated py script where the neural networks are configured and built to reflect the choose_action and learn statement. For the moonlander environment, we used a continuous action space, meaning that the agents actions are expressed in values between 0 and 1 instead of 0 or 1. To tackle this kind of environment, a DDPG or deep deterministic policy gradient algorithm was leveraged. 4 neural networks form the basis of DDPG: an actor, a critic, a target actor and a target critic. All networks have different roles:

We won't go further in the specific agent code but with above instructions (feel free to contact us if you would want the code), you have all basics to get started.

At element61 we developed a small demo applying reinforcement learning with OpenAI Gym on the Lunar Lander environment. Take a look at our demo:

Key requirements to get started

Now the only thing left to do is write your algorithm and train your agent! Good luck and have fun!