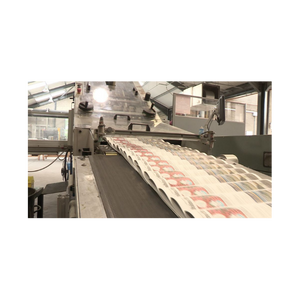 Mediahuis was founded in 2014 as a joint venture between the Flemish media corporations Corelio and Concentra. Mediahuis comprises a broad portfolio of news and audiovisual media, media distribution, and a few participations in application developers. In five years, the size of Mediahuis has tripled. The regional SME has developed into a player with a turnover of a billion euros and activities in six countries.

The challenge at Mediahuis

Mediahuis’ growth is based on mergers and acquisitions against a background of increasing consolidation in the Media sector. In order to control the risk of increasing complexity as the company evolved, Mediahuis decided to integrate each new acquisition within Unit4 Business World. “This software offers us a relatively simple, but above all flexible, accounting environment” says Katrijn Peeters, Group Controlling Manager at Mediahuis. “However, it was important for us to do more with the figures.” Subsequently, Mediahuis decided to keep Unit4 Business World as the basis, but to look for another, more specialized solution for Corporate Performance Management (with the emphasis on reporting and forecasting), which would also support consolidation.

The objectives of this project

"It was important for us that this solution would strengthen the ownership and accountability around the figures” says Katrijn Peeters. “When the business really acts as the owner of the figures, it is empowered to consider things the right way - and to make the right decisions based on that.” The list of desirable functionalities was therefore considerable. Mediahuis works with a very extended Group Chart of Accounts. The solution had to establish the right links between the local level and the group level. Moreover, it had to deal with reporting standards in a flexible way. “Within the group, we report according to the IFRS but there are also shareholders who prefer to have their figures reported under Belgian GAAP".

After a thorough market screening process, Mediahuis opted for CCH Tagetik, with element61 as its implementation partner. In CCH Tagetik, Mediahuis found a single platform to support the international expansion of the group: one tool for consolidation, management reporting, budgeting and forecasting, offering one version of the truth. The deciding factors included the ability to support decentralized users and enable dynamic reporting.

“My first task as the Group Controlling Manager was to develop a blueprint for the use of the solution, including the Group Chart of Accounts and the dimensional structure required,” says Katrijn Peeters. “In just two months, we mapped all the entities as well as the associated cost structures and processes.” Together with element61, Mediahuis also organized workshops about the way in which the company would integrate all those processes in CCH Tagetik. “This has been very intense, partly because Mediahuis was completing the acquisition of INM during the process and was expanding the group with a considerable number of entities". ”During the actual implementation, Mediahuis began to use CCH Tagetik for consolidation, followed by management reporting. “We put the responsibility for this at local level, with reporting as an essential element for the role of Finance as a local business partner.”

In this context, Mediahuis still allows local controllers to add additional local reports. “In the future, we also want to better integrate the available non-financial information. Moreover, we are analyzing whether we will also include the budget process and forecasting in CCH Tagetik and we would like to expand the use of the tool to other departments. We don’t consider CCH Tagetik as a solution that can only be used within Finance. There are also possibilities for the follow-up of figures in departments such as Human Resources and Sales."

The results and benefits

Thanks to CCH Tagetik, the monthly consolidation at Mediahuis is now a smooth process. “The quality is significantly higher,” says Katrijn Peeters. “In the past, we had to collect, check and centralize all kinds of Excel files. But this nerve-racking task has now disappeared. At the same time, we know that all inter-company movements are correct.” And this allows Mediahuis’ financial team to spend considerably more time on quality & control, so that the entire process adds much more value to the organization “We no longer need to spend that time exclusively on monitoring.” Moreover, CCH Tagetik offers the company access to accurate data. “There’s no more discussion. There’s only one version of the truth. And since everyone is working with the same figures, we can analyze them much faster. This leads to strong reports with regard to the content and gives added value for the business."