Origin of the name

In the periodic table of elements, Mendeliev's table, we find the element Promethium as the 61st element, with the abbreviation PM.

Business Analytics is abbreviated as BA, the element 83 of Mendeljev's table, namely BArium. So actually, a rebranding to element83 would be in order. ;-)

The name of the element Promethium is derived from Prometheus, a figure that appears in Greek mythology. Out of love for mankind, he stole fire from the gods, and then gifted it to humans, allowing them to work metal. Moreover, thanks to Prometheus' gift, humans were able to hone their technical skills. He is considered a forward-thinking figure, an inventor, a teacher. Through his contribution to humanity, he is considered the father of human civilization.

To this day, the term "prometheus" still refers to events or people of great creativity, intelligence or dare.

Through our passion, we also wish to bring fire to your Analytics & Performance Management initiatives.

The design of the molecular structure that forms the basis of our logo obviously refers to the chemical element Promethium, but it also symbolizes another form of "connection" that we want to stand for. 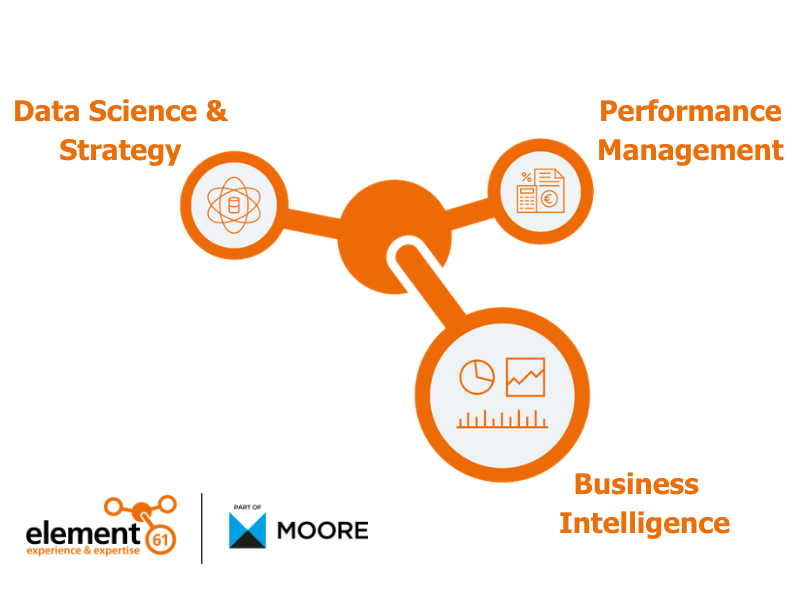