At the end of May 2020, Microsoft started deploying the Power BI deployment pipelines feature in public preview. The possibility to deploy Power BI artifacts to different deployment stages, in a managed and governed way, was an important feature that was missing in the Power BI service feature portfolio.

In this Insight, we will clarify what out-of-the-box deployment pipelines are all about and what the feature can do for your organization.

What are Deployment Pipelines in Power BI?

Power BI deployment pipelines are automated processes, which are able to deploy dashboards, reports and datasets to different deployment stages. During the deployment, the new feature copies the Power BI artifacts metadata from the selected stage into the target stage. It is important to notice that only the metadata is copied and not the data within the Power BI datasets. Therefore, after each deployment, the dataset needs to be refreshed to see the latest data.

How do I get started with Deployment Pipelines ?

Before being able to start using the deployment pipelines, you need to provision Power BI Embedded capacity in the Azure portal or have a Power BI Premium license. 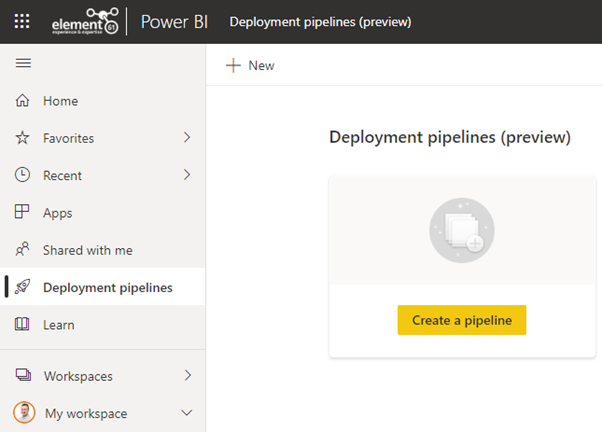 Deployment pipelines facilitate how analytics teams can release deployment-ready objects much faster to the different deployment stages in a well-governed way. The deployments are less-error prone because of the way Power BI handles the comparison between the artifacts and the dataset sources.

In the past, Power BI users had to plan and design their Power BI environment and manually "copy-paste" the objects between Power BI workspaces, or develop PowerShell/Rest API scripts to automate the deployment process. Not to mention the hassle that came with the dataset connections that needed to be manually changed within the Power BI dataset, every time the deployment was executed.

When the manually triggered deployment to an empty stage is done, a new workspace is created on premium capacity and the metadata is copied. Users or user groups who are assigned to these workspaces can see the visualizations. The workspace name is generated automatically but it can be renamed afterwards. 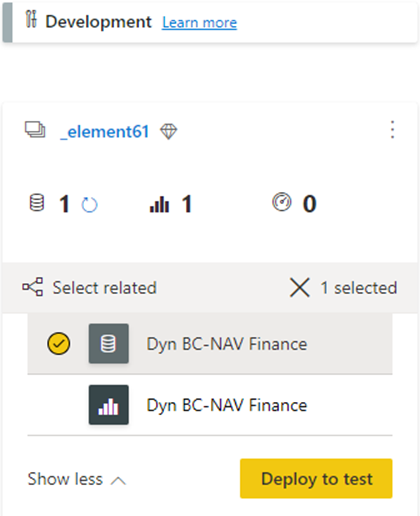 Is there any integration of Power BI Deployment Pipelines with Azure DevOps?

At the moment, there's no way of integrating the deployment pipelines into Azure DevOps Pipelines.
It would be great to call REST API's that trigger the deployment process but for now it's not on the feature agenda.

Over the years Power BI evolved a lot and with this originated several ways of working with it. There are different license models, free and paying. Next to a desktop version there is also a cloud version and recently Microsoft released an on-premise server version. How do you start and what license do you need? In the cloud, or on-premise? In this insight, we will try to explain the different flavours of Power BI.
Insights

IntroductionIn information technology, migration is the process of moving from the use of one operating environment to another operating environment. Moving to a different environment is considered a migration because it involves taking steps to ensure that current applications continue to work in the new environment and making sure that new features are exploited. Migration can involve moving to new hardware or new software or both.