On 13 May 2020, the NYC Apache Airflow Meetup hosted a virtual event entitled “What’s coming in Airflow 2.0”. Being big fans of Airflow at element61, we were curious to find out what changes are to be expected in this long-awaited Airflow version.

In this article, we will provide a high level summary of the changes that were discussed, focussing on the changes that are most relevant to the people building, maintaining and following up on DAG runs, less so on the setup of Airflow itself. 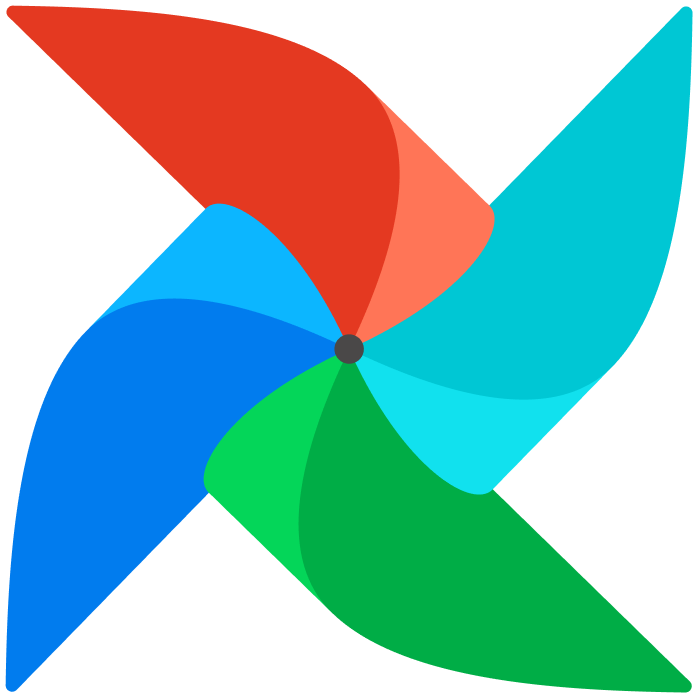 Previously, both the Airflow webserver and scheduler needed to have access to the DAG files. Both of these Airflow components would then actively read and parse the DAG files.

The advantages are twofold:

Note: DAG serialization is already available in the latest version of Airflow, where the scheduler takes up this task. In Airflow 2.0, DAG parsing & serialization will most likely be done by a separate component: ‘serializer’ or ‘DAG parser’ were two of the suggestions, although the exact name is still to be confirmed.

Currently, adding tasks to an existing DAG has the side effect of introducing “no-status”-tasks in the historic overview. DAG versioning will be introduced to overcome this inconsistency. From the presentation, it was not exactly clear how this would look like, but we are definitely looking forward to this features.

Versioning is already well incorporated into the data science world with regards to code (e.g. git) and in rapid progress for data (e.g. delta). Having Airflow DAGs versioned seems like a great addition to that and a another great step towards consistent and clear flows of data.

The Airflow scheduler, responsible for picking up and distributing tasks over the various workers, is one of the core components in Airflow. With the current implementation of the scheduler, users can experience a slight delay in tasks being picked up due to the overhead when switching from tasks. This is especially bothersome when Airflow is processing a lot of small tasks and has been a thorn in the side for many Airflow users & contributors.

Airflow 2.0 will feature a complete REST API that follows the Open API 3.0 specifications.

This major feature would not only allow Airflow to integrate with external components, but we are specifically looking forward to use this also to administer users & connections.

The functional DAG definition, described in AIP-31*, will reduce the need for boilerplate code when working with the PythonOperator. Instead of wrapping the PythonOperator around a function, users will be able to use a decorator – i.e. the “@task” in the code snippet below -  to define python tasks.

This modification allows for a more concise DAG definition, but also offers the possibility to pass one Airflow task as an argument in the next, leading to a functional definition of a DAG. The snippet below illustrates this very well.

*A full overview of Airflow improvement proposals can be found here 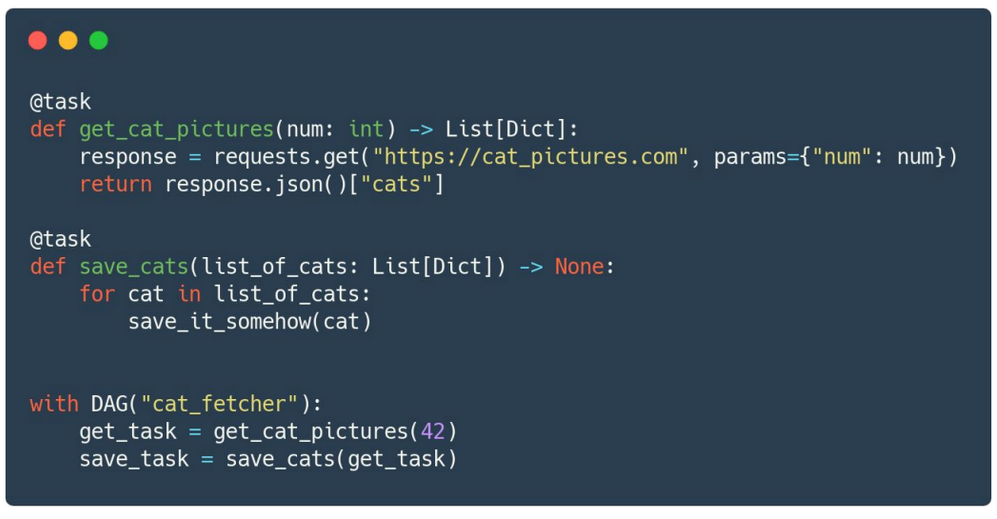 Discussing all the changes that were announced would lead us too far. Nevertheless, there are some additional improvements we would like to mention:

To cite one of the presenters: “When it is ready”. Q3 2020 was mentioned as the aimed for timeline, but we’ll have to see how development progresses over the coming weeks and months.

Talking about the coming months, the first Airflow Summit was announced to take place in July 2020. The global pandemic has lead the organizers to make it a fully virtual & free event, very much looking forward to following the sessions and keeping you posted on the most interesting talks.

Thanks to the community

We would like to take this opportunity to thank all Airflow contributors for their work on this great project.

element61 is looking forward to extend the usage and knowledge of Airflow and one day take the leap of contributing to the project ourselves.

More specific questions on Airflow and how it can help you organize your data processing?  Get in touch!