For companies that want to quickly adopt to changing conditions, static annual budget exercises are not enough. The distributor Azelis also realized this, and implemented a new rolling budget and forecasting tool. A new bonus system that focused on growth rather than performance versus budget was necessary for the success of this new tool.
They are innumerable: the companies that heave a deep sigh every year if they need to do their budget exercise. Departments fill in a spreadsheet, which is then translated by finance in a budget for the coming year. That budget is then left to gather dust for one year, and evaluated one year later. However, a growing number of companies recognize that budget and forecast tools are an incredible asset when pursuing a proactive policy. In 2011 Azelis also felt that it was time to install a performance tool for budgeting and forecasting.
In that year, Hilde Van Moeseke was recruited as Group Controller. Her company Azelis is a distribution company (founded in 2009) which is active in two sectors: industrial chemicals (think magnesium , etc...) and life science products (such as chemical products for toothpaste, shampoo, etc...). The British private equity group 3i, specializing in investments in medium-sized companies, is the owner. Azelis headquarters are located in Berchem near Antwerp. Azelis has a turnover of 800 million euros, and takes the end of this year about 37 million EBITDA. All together, there are a thousand people active. In the finance team about forty people, and are divided into the departments IT, Controlling (both financial controlling and business controlling) and accounting (including audit and consolidation and shared service center that performs transactional accounts). 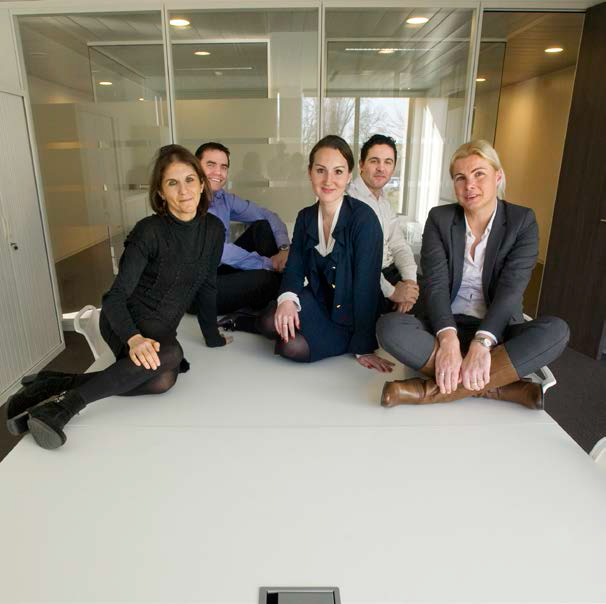 In 2011 Van Moeseke was appointed as Group Controller for the entire group Azelis. The "group" Azelis was just formed and needed a solid tool for budgeting. Van Moeseke: "In terms of controlling there was really nothing due to the fact that Azelis was created by merging several small businesses." Initially Van Moeseke also started with an Excel template. "The template was completed annually for each country. The template was very strongly focused on P&L and was primarily a filling exercise. Moreover, such a complex Excel sheet is too little dynamic and flexible. Budgets which resulted from it were static annual budgets, missing the essential information about net working capital, cash, ... and had little or no influence or importance for the strategy and future of the company. That way you can not create a budget mentality."
From that first step the finance team of Azelis learned a lot. Especially the idea that the exercise was only executed once a year, was a serious drawback. Van Moeseke: "So started to think from the standpoint of the business units: Do they have the information needed? You'll immediately think of all kinds of ratios, which were of course not captured in the old excel files." In 2012 there was a second step in the evolution towards a professional budget and forecasting tool: Belgian element61 installed the SAP Business Planning and Consolidation ( BPC ) tool. As such, next to consolidation, reporting capabilities were introduced. The additional module Planning Tool made flexible budgeting also possible.
Essential KPIs
Still in 2012, three additional templates were developed. Van Moeseke: "A template focused on the P&L , but then linked to the actuals. The step forward, however, was the database that we developed for Sales and Margins (S&M). It contains all the customers and all possible combinations of products. We get input from the sales representatives." The advantage of the adjustments Azelis carried through in 2012, was the large amount of data and details that were present. Moreover, the system was a a lot more dynamic than the old Excel Sheets.
Yet Van Moeseke saw a few problems: "Firstly, we actually had an overload of data, but we still missed essential KPI's that told us the true state of our company. And the system still could not handle cash flow, balance sheets and net working capital." So Azelis conducted in 2013 an important third step through the development of its budgeting and forecasting tool. BPC was retained, the templates were slightly modified and integrated into one. Main innovation was the dynamism of the forecasting tool. Instead of keeping one exercise per year, it is now a rolling system that runs over eighteen months and is always updated with the reality... Cash flow, balance sheets and net working capital can now be easily read from the system along the important KPI's such as cash conversion, DSO, direct selling costs, direct FTE, ...
However, as important as the introduction of a rolling forecast is the adaptation of the mentality , we learn from Moeseke. "Previously, the employees of Azelis received bonuses based on whether or not they made the budgets. This had the negative impact that these budgets were kept rather low (read unrealistic). For the budget round of 2014, we have introduced a different system, and bonuses are now linked to the growth that the company achieves compared to the previous year. The more we grow, the better the bonuses. Of course, that makes for a totally different mindset: they are now much more focused on business growth. We had to spend a lot of time explaining this system, so that people would produce realistic and optimistic budgets. On the basis of actuals, the budget is always adjusted over the next 18 months so that growth and progress is clear at all times. Moreover, the KPI's in dashboards indicate in which areas there are opportunities to further grow. This works as a great motivator and has the effect that they will consider the rolling tool as a control element instead of an awkward one-year exercise." The link of the KPIs to the budget also led to a change in mentality. Azelis works with a dozen KPIs. Examples of this are the ratio between the number of products and customer, or the commercial margin in relation to the working capital. Van Moeseke "Our rolling forecast gives a good idea of how KPI's evolve. For each country, we also have a dashboard so that we can accurately track all those actuals."
Performance Driven
The results of this three-step operation, are very clear. The finance team no longer has a static Excel sheet but a dynamic tool for the budgets and forecasts, which is very easy to work with. The tool makes it possible to create a business unit analyses and also by country, libking the actuals to forecasts. Van Moeseke "All in one and the same tool." For the company as a whole the results are also impressive. The employees have evolved from conservative thinking towards performance driven. It is due to the new bonus system, with a clear focus on growth. Van Moeseke summarizes concisely: "We now have a lot more information with a lot less data. We are now able to analyze all the relevant KPIs and easily distribute them."
Looking back at the process, Van Moeseke is very satisfied. Not in the least about the work that was delivered in the financial department. "Thanks to the hard work of all these people, we have managed to develop a very efficient budget and forecasting tool in three years time. It is therefore clear that this was an effort of our entire team. Everyone was involved in that development. After three years of hard work, I think it is time to reward them as Best Finance Team of the Year."